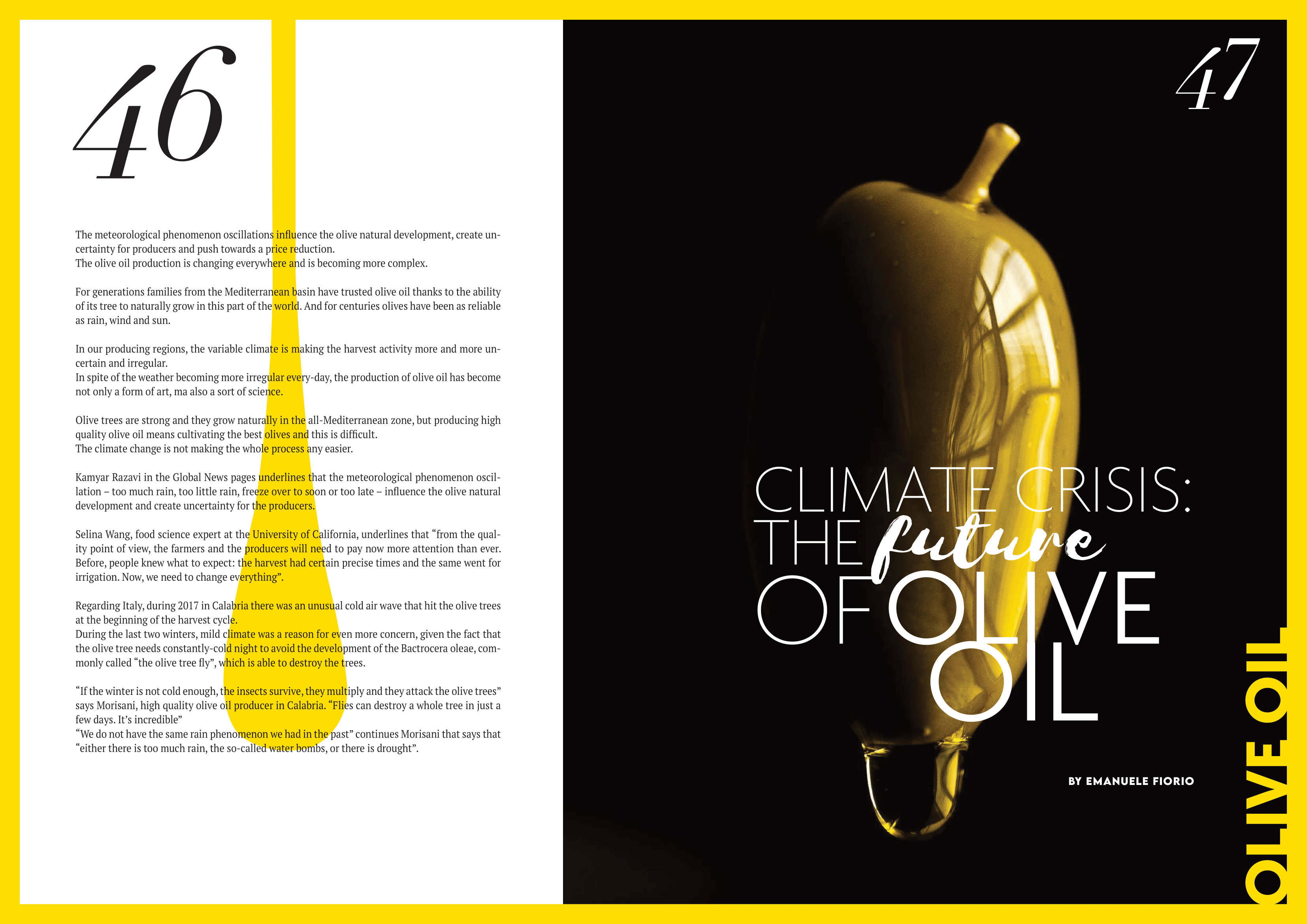 The meteorological phenomenon oscillations influence the olive natural development, create uncertainty for producers and push towards a price reduction.
The olive oil production is changing everywhere and is becoming more complex.

For generations families from the Mediterranean basin have trusted olive oil thanks to the ability of its tree to naturally grow in this part of the world. And for centuries olives have been as reliable as rain, wind and sun.

In our producing regions, the variable climate is making the harvest activity more and more uncertain and irregular.
In spite of the weather becoming more irregular every-day, the production of olive oil has become not only a form of art, but also a sort of science.

Olive trees are strong and they grow naturally in the all-Mediterranean zone, but producing high quality olive oil means cultivating the best olives and this is difficult.
Climate change is not making the whole process any easier.

Kamyar Razavi in the Global News pages underlines that the meteorological phenomenon oscillation – too much rain, too little rain, freeze over to soon or too late – influence the olive natural development and create uncertainty for the producers.

Selina Wang, food science expert at the University of California, underlines that “from the quality point of view, the farmers and the producers will need to pay now more attention than ever. Before, people knew what to expect: the harvest had certain precise times and the same went for irrigation. Now, we need to change everything”.

Regarding Italy, during 2017 in Calabria there was an unusual cold air wave that hit the olive trees at the beginning of the harvest cycle.
During the last two winters, mild climate was a reason for even more concern, given the fact that the olive tree needs constantly-cold night to avoid the development of the Bactrocera oleae, commonly called “the olive tree fly”, which is able to destroy the trees.

“If the winter is not cold enough, the insects survive, they multiply and they attack the olive trees” says Morisani, high quality olive oil producer in Calabria. “Flies can destroy a whole tree in just a few days. It’s incredible”
“We do not have the same rain phenomenon we had in the past” continues Morisani that says that “either there is too much rain, the so-called water bombs, or there is drought”.

On the other side of the world, in California, the olive oil is a growing business and there, in the same way as in Italy, the irregular weather is the reason of numerous concerns.

“The weather should be colder and for a longer period of time” says Michael Fox the manager of the California Olive Ranch, one of the biggest olive oil producers in USA. Fox has witnessed three years where the weather has been constantly outside the standards, and the situation was even more aggravated by last years’ drought.

However, like other producers around the world, Fox’s work relies on the progress of the soil science and of the regenerative technologies that allows the tree to remain healthy for a longer period of time: “we are trying to create a-healthy-bacterium-only environment in our territories”, continues Fox.

The climate change influence on the global oil economy
In an academic document of 2014, the food science researchers located in Italy and California predicted that the global warming would expand the olive tree farming to more regions in the Mediterranean zone, in particular North Africa and a few new zones in Italy.

The production increase means more harvests and this is good news.
However, the risk is that an international market full of olive oil pushes to prices reduction for the producers. Luigi Ponti, ENEA researcher (Italian National Agency for new technologies, for energy and for sustainable economic development), agrees to the previous statement: “the worst preoccupation for the farmers is the olives’ low price. Olive oil is sold in great quantities in supermarkets. Producers do not have enough power to determine the prices and keep a reasonable margin level”.

Climate of uncertainty
Nobody expects the olive to disappear from Italy, Spain, Greece and Tunisia. However, the relationship between farmers and olives is changing everywhere and it is becoming more complex.

Sylvain Charlebois, food science professor at the Dalhousie University, says that “the challenge implies the capacity to predict climate phenomenon with adequate anticipation”.

The climate change, unlike what was possible before, does not allow anymore to plant the olive trees and wait for them to give fruits. In the agricultural company in Calabria, Morisani had to deal with water bombs, tornados and intense winds that constantly threatened their plantations: “It is not us that run the business, olive trees run the business”. 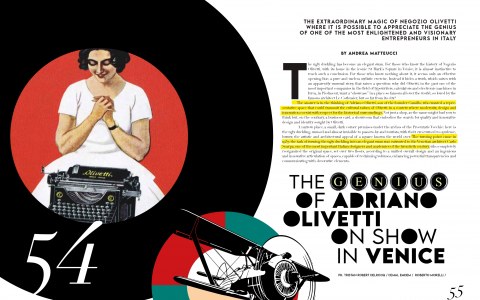 The creator made Italy from designs by Michelangelo. – Mark Twain 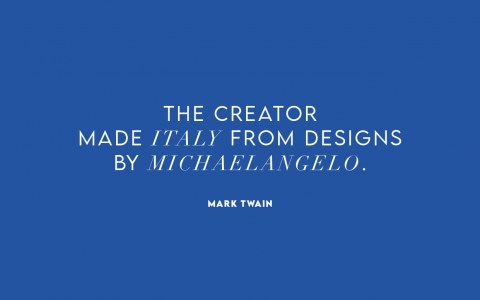 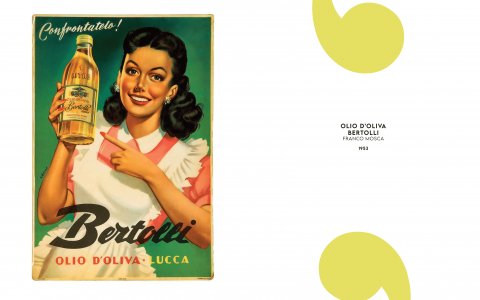