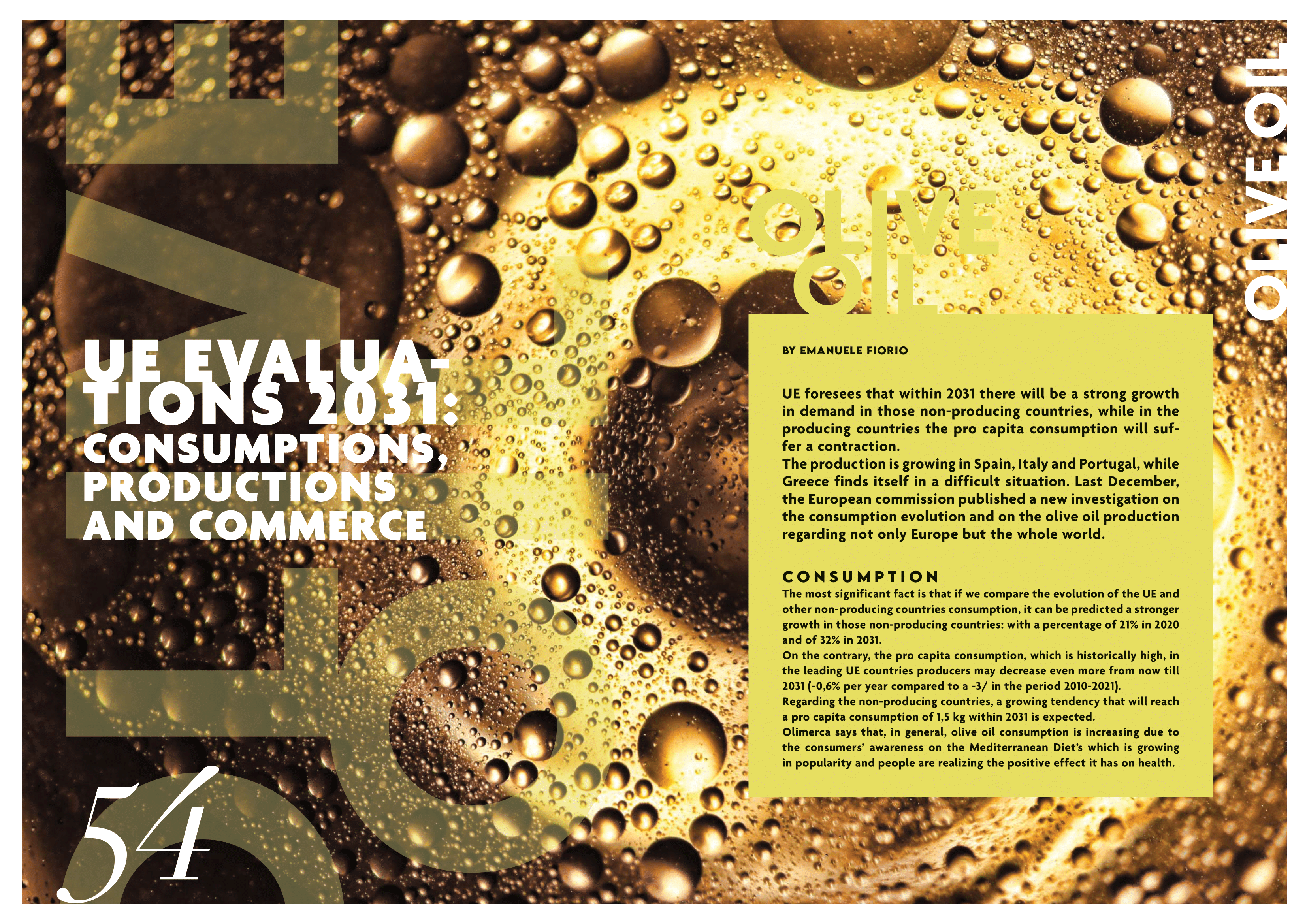 UE foresees that within 2031 there will be a strong growth in demand in those non-producing countries, while in the producing countries the pro capita consumption will suffer a contraction.
The production is growing in Spain, Italy and Portugal, while Greece finds itself in a difficult situation.

Last December, the European commission published a new investigation on the consumption evolution and on the olive oil production regarding not only Europe but the whole world.

On the contrary, the pro capita consumption, which is historically high, in the leading UE countries producers may decrease even more from now till 2031 (-0,6% per year compared to a -3/ in the period 2010-2021).
Regarding the non-producing countries, a growing tendency that will reach a pro capita consumption of 1,5 kg within 2031 is expected.

Olimerca says that, in general, olive oil consumption is increasing due to the consumers’ awareness on the Mediterranean Diet, which is growing in popularity and people are realizing the positive effect it has on health.

Regarding the olive oil commercialization, retails are the dominant channel (65% in 2021) in which the biological olive oil gains some points (3% last year).
There is no doubt that the biological product is always more charming for the non-traditional market’s consumers (for example: 20% in Finland, 31% in Denmark), while it varies from 0,5% to 2% in the leading producing countries.

Production
Regarding the future performance on the olive oil production, it is expected that it will be heterogeneous among the different European countries.
In particular, in Spain, Italy and Portugal it is predicted an increase on the average year production within 2,5% and 5%.
On the contrary, for Greece it is foreseen a limited production decrease, a data that reflects the combination due to both a small reduction of the surface and a delay on the income development.

The Covid-19 pandemic has been hitting the sector that had to deal with the manpower lack during 2020, especially in those less mechanized systems.

Illnesses like the Xylella Fastidiosa and the climate change in act are uncertainties that may impede the concretization of the foreseen production growth.

Commerce
Within 2031, Portugal and Spain should increase the exportation (in relation to the 2016-2020 period). During the 2020-2031 period the Spain and Portugal’s net exportations may increase respectively of 3% and 9% per year. Greece should register lower volumes, a decrease per year of -2,5% within 2031.

On the contrary, the Italian dependence on olive oil importations will decrease due to an augmentation of domestic production of almost 3% within 2031, in relation to the 2016-2020 period.

In general, Spain could use the foreseen production capacity expansion to satisfy the growing demand originated in the Asian-Pacific region in particular.

Moreover, in spite of critics on different levels, the agreement between UE and Tunisia (that permits Tunisia tax breaks to import oil in Europe), will facilitate another growth in these markets and in the North-Africa and UE commerce.

However, the competition may increase due to the recent expansion of the olive trees in the south hemisphere, but this development will probably have a limited impact on the overall UE competitivity, given its value and range.

The Euganean Spas: when history and well-being meet in the largest spa centre in Europe 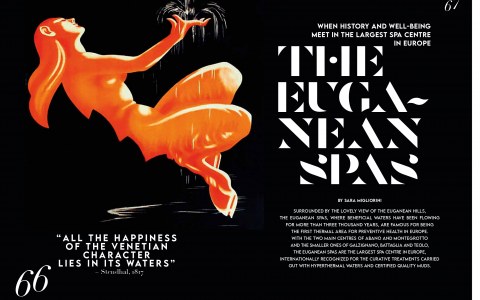 Settesoli: more than just a cooperative 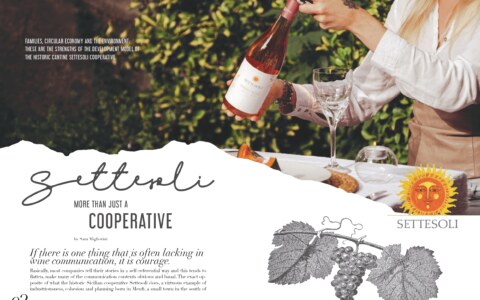 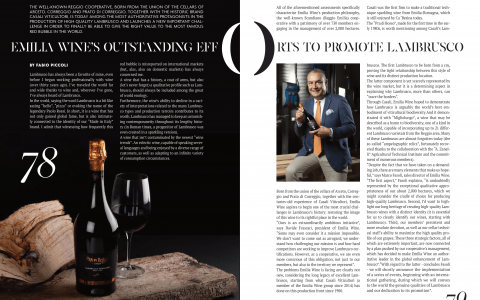 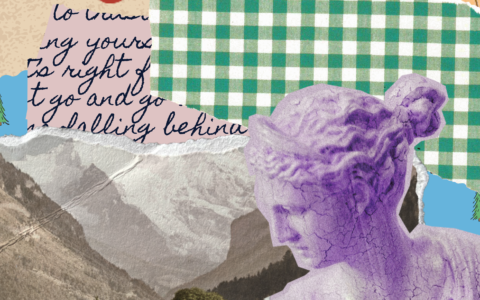