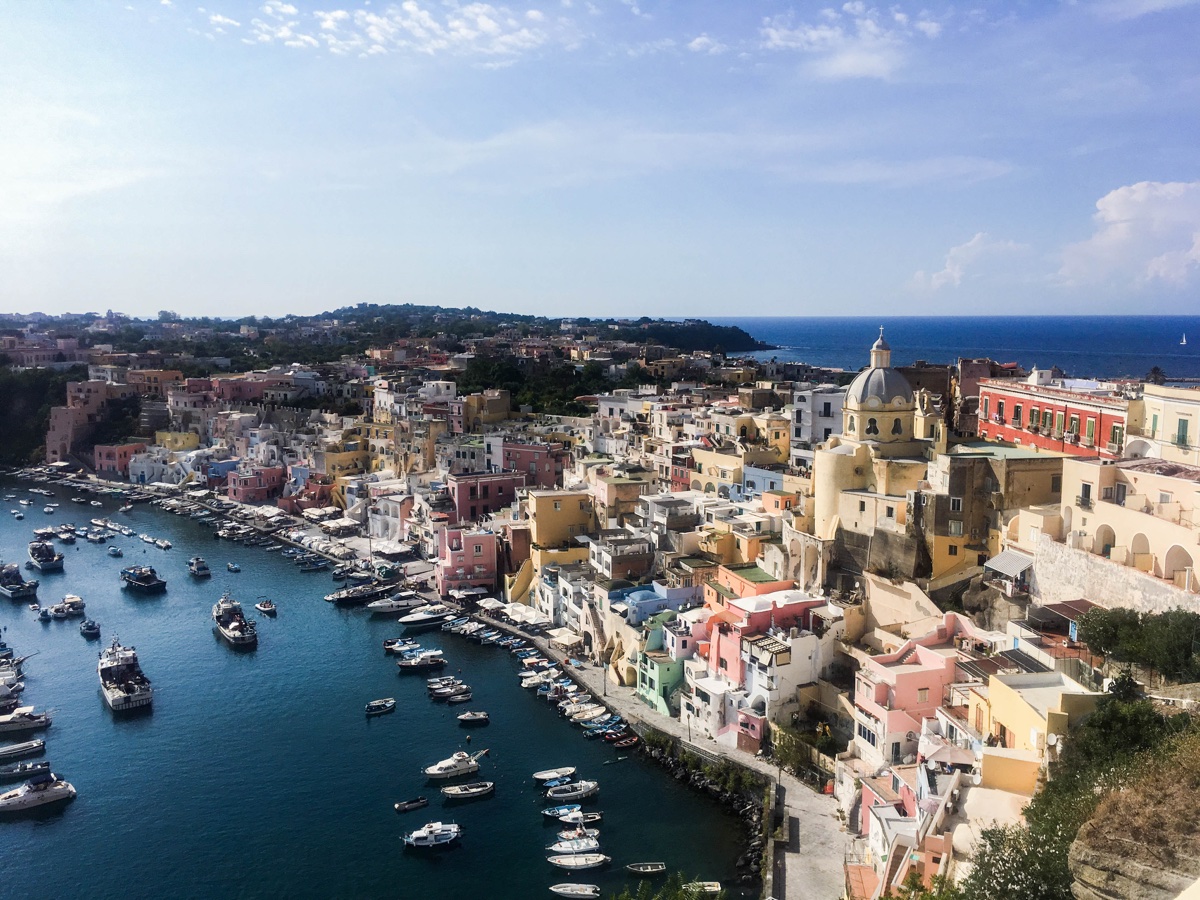 Procida will be the 2022 Italian Capital of Culture

On January 18, a party exploded in Procida when the colorful tiny island of Naples in southern Italy was named Italian Capital of Culture of 2022. After winning over the 9 finalists cities (Ancona, Bari, Cerveteri, L’Aquila, Pieve di Soligo, Taranto, Trapani, Verbania and Volterra) the mayor of the island Dino Ambrosino explained that “This enormous joy represents the feeling of many minor villages in Italy”.

It was the “model for sustainable development based on the culture of the island and its coastline” that made Procida triumph, said Dario Franceschini, the Minister of Heritage and Cultural Activities and Tourism (recently separated into the Minister of Heritage and Cultural Activities and the Minister of Tourism). In fact, the dossier revolves around five evocative guidelines, each of them having different projects. “Procida invents” focus on artistic events (cinema, exhibitions, performances). “Procida inspires” wants to underline the island’s potential to be a source of inspiration. “Procida includes” is composed of social inclusion proposals that use art as a way to express individuality related to collectivity. “Procida innovate” connects local and national innovators to create new strategies for the cultural heritage of the island. “Procida learn” promotes education thanks to the collaboration between the private and public subjects.

Its dossier La Cultura non Isola (“culture never isolate”, that plays with the Italian word “isolate”), “it’s a metaphor for many places, many administrations, many communities that have rediscovered enthusiasm and pride for their territory and who, with this title, want to build an important redemption for their lands” explained Ambrosino.

In the past years, the title was generally gained by bigger cities such as Palermo (2018) and Parma (2020+2021). It’s the first time that an island wins the contest, but Procida got prepared. With 44 cultural projects, 330 programming days, 240 artists, 40 original works of art and 8 cultural spaces regenerated (such as the borbonic prison Palazzo d’Avelos and San Giacomo church) the picturesque city showed its determination and will to rebirth.

With the one million euros prize and the possibility to be in the spotlight for a year, the island of Il Postino (the famous film with Massimo Troisi) can redevelop its cultural heritage, built new cultural industries, create a new tourism model and enhance bonds with the surrounding areas.

Agostino Riitano, Director of the Candidacy of Procida, underlines the importance of culture during this delicate historical period. “Culture can’t be linked only with tourism, it is needed to improve our communities”, he said.

The forward-looking project focuses on the environmental sustainability and it wants to fit in a larger perspective that sees culture as an “extraordinary detonator for a strategic recovery plan”, said Ambrosino.

Date:  February 19, 2021
PREVIOUS PROJECT
Prosecco DOC Consortium
NEXT PROJECT
Wine Future 2021 promises to be the most important Summit of the wine industry
HOME
Italian Good Living - All rights reserved. Web Agency
To Top
We use cookies on our website to give you the most relevant experience by remembering your preferences and repeat visits. By clicking “Accept”, you consent to the use of ALL the cookies.
Cookie settingsACCEPT
Manage consent