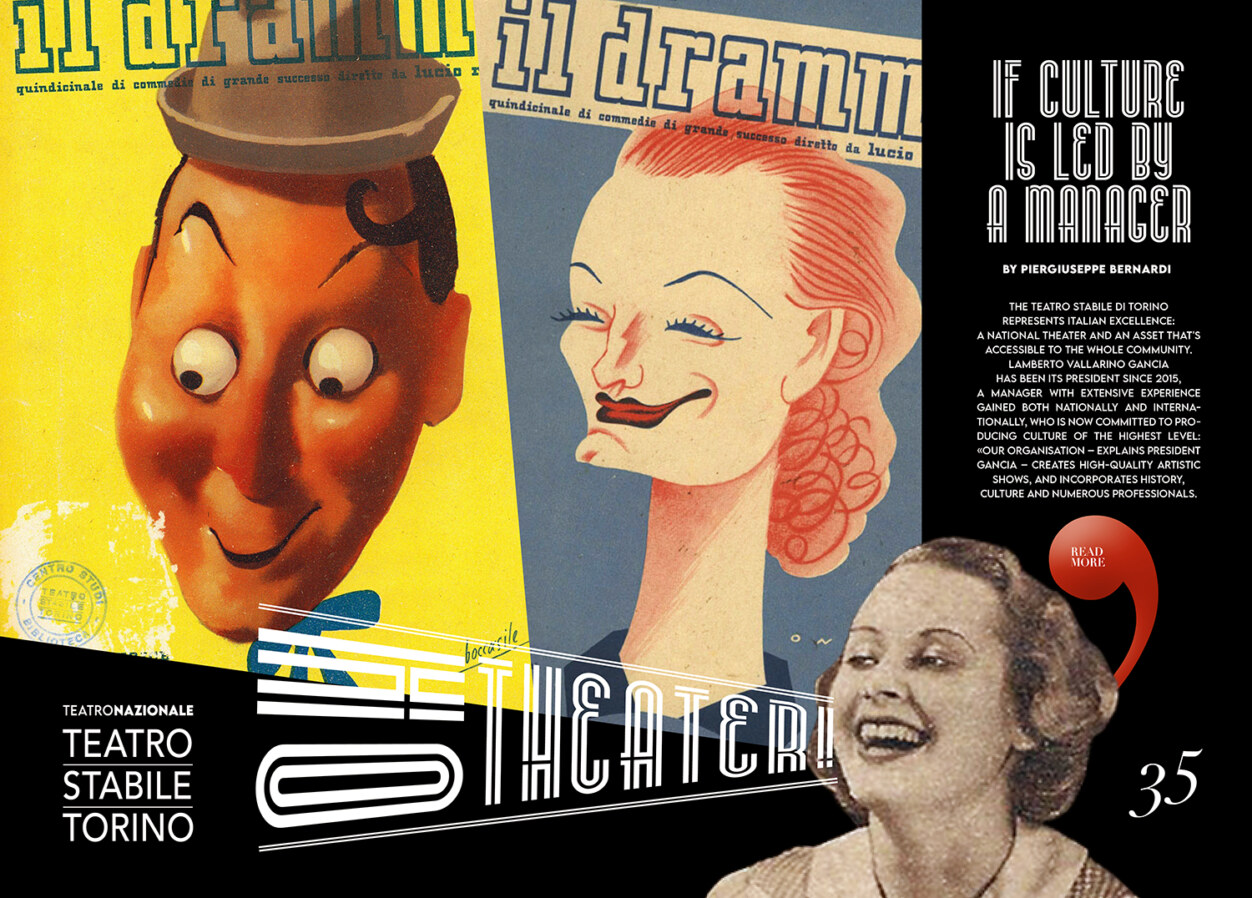 If culture is led by a manager

The Teatro Stabile di Torino represents Italian excellence: a National Theater and an asset that’s accessible to the whole community. Lamberto Vallarino Gancia has been its president since 2015, a manager with extensive experience gained both nationally and internationally, who is now committed to producing culture of the highest level: «Our organisation – explains President Gancia – creates high-quality artistic shows, and incorporates history, culture and numerous professionals.

The call for the internationalization of our Theater in recent years has been consolidated, making it increasingly important for us to plan and export both prose and dance shows». The international relevance of the Teatro Stabile di Torino is also demonstrated by its participation, the only Italian theater, in the Mitos 21 network, made up of the most important European theaters, with co-planning, co-production and exchange agreements currently being made.

Since 2009 the Teatro Stabile di Torino has also organized the festival Torinodanza which, in addition to offering the best national and international productions, has also developed the Italo-French cross-border project Corpo Links Cluster which saw alpine sports in the leading role. Since December 2020, the Turin theater organization has been part of the European project Big Pulse Dance Alliance, an international network of 12 dance institutions united by the objective of promoting contemporary dance.

Despite the difficulties caused by the pandemic, the Teatro Stabile di Torino successfully produced the summer festivals Summer Plays and Blu Oltremare: «Two initiatives – notes the president Gancia – which saw an attendance of over 20,000. A similar success has also been recorded for all the initiatives presented on our multichannel platforms during the closure of the theater halls: from #stranointerludio to Camere nascoste, up to the livestream transmission of our shows in the context of international digital festivals».

Date:  March 23, 2021
PREVIOUS PROJECT
Paolo Pininfarina. When a trait becomes art and legend
NEXT PROJECT
Spritz against everyone
HOME
Italian Good Living - All rights reserved. Web Agency
To Top
We use cookies on our website to give you the most relevant experience by remembering your preferences and repeat visits. By clicking “Accept”, you consent to the use of ALL the cookies.
Cookie settingsACCEPT
Manage consent